On the roof of LNG tanks in Dunkirk 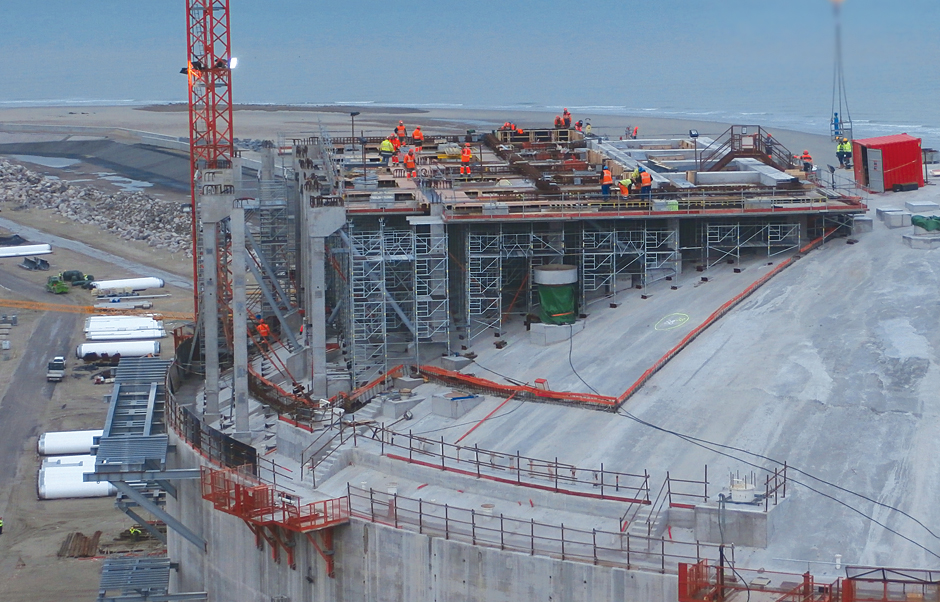 Bouygues TP is constructing 3 tanks for the planned Liquefied Natural Gas (LNG) import terminal at the Port of Dunkirk.

Our intervention involved supporting and covering 3 grid arrangements of horizontal girders designed to support the pipework above the immense tanks, resting on the concrete roofs. The support was positioned at a height of 60 metres, facing the Channel, on a particularly windy site, working in winter when storms are particularly frequent. 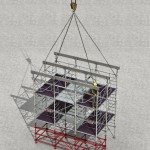 Mills has been commissioned by Bouygues TP for this project thanks to a techncial variant limiting work on the roof.
In fact, the towers were assembled with studs on the ground and then lifted onto the roof by crane. In order to respect the very different heights of the cylinder bases due to the curved shape of the roof, provisional "negative" structures supported the towers on the ground (in red on the drawing opposite). 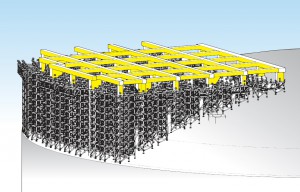 The entire technical study has been carried out in 3 dimensions. Our Touréchaf equipment has enabled the project to be carried out safely. Its compatibility with the scaffolding has facilitated windbracing between towers to make blocks and create the platform at the top of the towers to install the formwork and the gradient of the base cylinders.

60 tonnes of Touréchaf and 1200m² of Mills Pano platform were used for each of the first two tanks. Shoring of the third tank was done using the material from the first one, transferring all the towers by lorry without dismantling them. 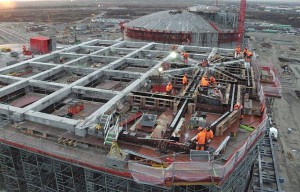 The LNG terminal is the 2nd largest project in France after the EPR in Flamanville. One of the distinctive features of the terminal at Dunkirk is the LNG heating process, which can go from  -162° to +3°. It will have an annual regasification capacity equivalent to around 20% of annual gas consumption in France and Belgium. 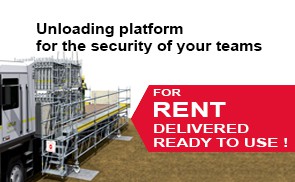